Archive for the tag “poets”


April is National Poetry Month and my plan of sharing poems of significance to me fell to the wayside as life happened (or didn’t happen).

Emily Dickinson’s “Hope is a Thing of Feathers” was the first post, and now I am ending the month with Mary Ruefle’s “The Hand” as a tribute to students, teachers, the general education community. I miss being in the classroom.

This poem is a poster that I place prominently in my classroom, to remind me, and to remind my students, that we all have something to share, yet if we don’t make that effort to speak out no one will know what we had to offer.

This poem has even greater meaning for me since I am now separated from my students and I am unable to hear their voices and we are unable to share our ideas with one another. Distance teaching provides learning, yet it’s in a vacuum since I am unable to interact with my students. They might be gaining knowledge through the lessons I send out to them; however, how are they receiving that knowledge, what it means to them is somewhat lost. Electronic response is not the same as seeing that hand raise and hearing their voice.

Yes, I miss being in the classroom. I miss my students.

I live in an area that definitely provides all four seasons–five, if mud, the one between winter and spring, counts. I couldn’t imagine living in an area where reading about snow through a Robert Frost poems is the closest a student would get to experiencing it. Although I am definitely not a fan of snow, it’s tedious place in our seasonal line up reminds me how much I appreciate the wondrous, warm, sunny days once they again make their appearance.

To days and lives spent in the false days of winter provided by glimpses of bad weather here is a poem that explores snow from a different perspective:

The Poetry of Bad Weather

April is all about poetry,being it’s National Poetry Month. In anticipation of this wonderful joyous month of celebrating verse I’ve been busy collecting poems about poets. Here is the first postcelebrating poets and their contribution:

The Poet by Tom Wayman

Although it’s been out for a bit now, the fairy tale musical extravanga Into the Woods takes on new meaning in James Weldon Johnson’s poem. Meryl Streep beckoning folks to find answers in the woods is a bit creepy for my tastes, especially since I favor the serenity felt in the woods. This is one reason I am so drawn to this particular rendering of the peace, the reverance found within the forest. Are the woodlands scary or a refuge for you?

Deep in the Quiet Wood

Are you bowed down in heart?
Do you but hear the clashing discords and the din of life?
Then come away, come to the peaceful wood,
Here bathe your soul in silence. Listen! Now,
From out the palpitating solitude
Do you not catch, yet faint, elusive strains?
They are above, around, within you, everywhere.
Silently listen! Clear, and still more clear, they come.
They bubble up in rippling notes, and swell in singing tones.
Now let your soul run the whole gamut of the wondrous scale
Until, responsive to the tonic chord,
It touches the diapason of God’s grand cathedral organ,
Filling earth for you with heavenly peace
And holy harmonies.

And let the muse sing out…

Aah, April begineth. Spring will dance away the last regrets of winter’s sorrows and soon a cascade of sunny skies, with the intermittent showers of replenishing, will replace snow and cold. Again….aah…

Another aah of April is National Poetry Month. This year my focus shall be a mix of poets known, but not so much the dusty “mustwe” reads required from school days. Tosh. I wouldn’t doit toyou. I shall endeavor to bring forth new-to-you poems, or at least freshen your memory with some choice versey morsels of rhyme and rhythm.

The first poem is one that celebrates finding a new poet. Due to copyright permission details I will ask that you click on the approved link, enjoy, and return for chatty thoughts.

Finding a new poet. That is as special as discovering a new gelato flavor. Mmmm, I discovered lemon biscotti not too long ago. Tart and sweet and creamy. Never mind the calories. It’s worth the extra mile I’ll walk to burn them off.

poetry and gelato do seem to go together… image: pintrest.com

Hoping you’ll discover some new poets and renew your acquaintance with a few favorites. 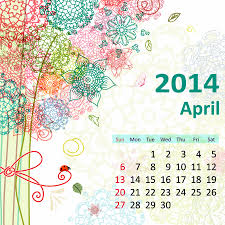 It’s lovely that spring has basically sprung. There is no subtlety of seasons in my neck of the States.  One weekend eight inches floated down with the grace of a freight train, causing school to shut down (oh goodness was I bummed). The next the rain came in, melting all that amassed snowflakiness and suddenly I’m owner of lakefront property. I hope the assessor doesn’t drive by.

One of the nicer aspects of March of how it promenades in so roaringly, only to meekly usher in April and all her flowers.  Mixed in flowers are sunny days, longer days, taxes *cough*, and while these are sporadic occurrences of sweet sorrow (unless you like taxes), it’s an celebrating poetry.

Yes, this is a heads up that April is National Poetry Month.  This year I arranged a guest poet to appear about every other post. In between the celebrity verse readings there will be poetical bits like forms, clips, and images.  Ooh, I can’t wait. I’ve been working on April since last December.

Until April and the official start-up, here are some links to help you prepare:

Got questions about National Poetry Month?

Looking for ways to celebrate NPP?

And one of my absolute favorites: Poem-in-your-Pocket Day

See you around the corner!

Although it’s April 1st, which means pranks, jokes, and teasing can occur, I am serious in my endeavor to post something poetical everyday in recognition of it being National Poetry Month. Be forewarned, prepared, and whatever measures you might have in mind as I bombard my blogging with a preponderance of verse, imagery, and meter.