Archive for the tag “aliens”


I admit that I am a bona fide child of the sixties. This means in my formative years I was exposed to television shows ranging from amazing, and still fondly watched today, to forgettable and let’s not go there. And then there were some that fell somewhere in the middle, like The Invaders.

Creating a popular series was the bread and butter of the sixties television industry. Finding that hit that would drawn in and mesmerize millions seemed to be the primary focus of the major networks. Everyone had their favorites. This could cause some contentions in families, which explains why sometimes there was more than one television set in residence. Fortunately, our family agreed on most shows. Dad and I would watch The Wild, Wild West. My brother and I would eat our Swanson TV dinners while watching the original Star Trek.

While Star Trek and My Favorite Martian were okay by my parents, I could not even enter the room if The Outer Limits was on. This might explain why I missed out The Invaders. I am prone to nightmares. Scary movies are still a negatory for me. Yet, I will subject myself to possible nightmares for a really good sci-fi show, particularly a series like Dr. Who. Some of those shows I do have to fast forward. Those statue creatures…brrrr.

Our local library has an entire wall area dedicated to television series. Quite the bonus since our winters are so tedious and binging on shows is one way to combat cabin fever. Binging television shows is also great in summer when the thermometer tops up to 90 degrees. My max is 82 degrees. This is how I found The Invaders.

I can’t resist a fun (borderline cheesey) sci fi show. The Invaders has the ingredients of big time cheese, yet after a couple of episodes I began to respect it a bit more. The special effects (hey, it’s the sixties) weren’t too shabby and I began to look forward to when the aliens got zapped due to their glowing red and ashing out as shadows. David Vincent, the protagonist, is a handsome, serious, capable in all ways architect who single-handedly took out the task of warning the world of how aliens from another planet were infiltrating society. He never made it to Europe. Either a tight budget, or the invaders were more concerned with USA.

Another fascinating aspect of the show was the array of guest stars. These actors must have been on the verge of greatness or either had obligations to the studio. It was fun to prowl through the various episodes spotting Suzanne Pleshette (played an alien in two separate episodes), Peter Graves (lending his distinctive authoritative manner that became his signature on Mission Impossible); Strother Martin (weird and scruffy, as usual); Gene Hackman (tight-lipped and intimidating which led him to Bonnie and Clyde and an Oscar nomination); Ed Asner, Jack Lord, J.D. Cannon and others. Each episode had a unique approach, layering in a riveting addition to the overall plot, and providing plenty of action. While I held back from binging on the entire two year, 43 episodes, I did enjoy my jaunt into yet another sixties series. Quinn Martin, the producer of The Fugitive, created this show as well, and it contains much of the elements of The Fugitive, the Shane type on a constant search for justice.

Oh, at the beginning of each episode the announcer narrated an introduction, very Rod Serlingesque. The opening would be a colorful spotlight with the announcement of ” The Invaders–in color.” Surprisingly enough, some sixties television shows were not in color, and watching favorites in black and white wasn’t that unusual. Having a show in color justified that expensive purchase of the the television console.

Have you watched The Invaders?

For those who appreciate writing contests you will want to scamper over to Mike Allegra’s site for his Sully Writing Award Competition. Lots of nice swag if you’re a winner.

NOTE: this Sully is not to be confused with the heroic pilot from the recent Tom Hanks movie. This Sully is from a salamander. Yeah, I know. What was Mike thinking? I hope the hero Sully has a sense of humor.

Part of the competition is to pingback Mike’s site. I think we’re supposed to post our entry here as well.

So here is my entry, an excerpt of a work in progress:

ALIENS AT THE BREAKFAST TABLE

There were aliens sitting at the breakfast table. I don’t know when it happened but aliens came and took up residence in my mom and dad’s bodies. Admittedly, they looked and acted quite a bit like my parents. They even got that one mole that sits on my dad’s neck just right. It’s raised and kind of hangs there, like a fleck of ear wax. They copied how mom’s left nostril is larger than her right one as well. All in all they are very good imitations. Not like the guy from Men in Black, whose skin didn’t fit right. No. These look, sound, and act like my parents. I still think they are aliens.

The real question is why I didn’t notice earlier. Maybe there is some sort of cosmic ray they used to shoot my milk with so I didn’t notice. Now that I’m in junior high I don’t drink as much milk. It may do my body good, but it’s havoc on my intestines. Lactose intolerant. Bad gas is not cool in eighth grade. Sixth grade maybe. Not eighth grade. Okay, in the locker room. Not in science. Especially standing next to Heather Fortuna. I may not end up marrying her, or even like her by the time we get into ninth grade. All I know is drinking milk at lunch with my pizza slice has its consequences a half hour later. Which would be in science class.

Let’s get back to my alien parents.

I think when I stopped drinking so much milk I caught on to the fact my parents had changed. They may be onto to me so I better stop staring at them and slip into my usual morning scowl of indifference.

This story idea is based on the fact that teens and parents are truly different species. I know this. Not because I’m an anthropologist, but because I’m a high school teacher and I work with both teens and their parents. After 20+ plus years of observation, I’d say they are truly from different planets since they do not understand each other, and certainly do not speak the  same language.

Will see if this is Sully worthy… 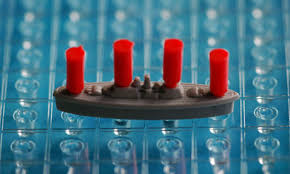