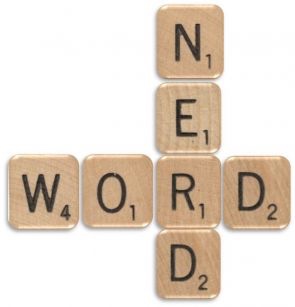 This month we shall partake in enjoying learning about words that are about words or using words.

1. conlang: an artificially constructed language used by a group of speakers, as opposed to one that has naturally evolved–for example Klingon.

2. linguaphile: a language and word lover.

3. polysemy: a condition in which a single word, phrase, or concept has more than one meaning or connotation. For example, cleave means to separate and it can mean bring together. [semantics can be tricky on polysemic words]

4. sesquipededalian: given to long words.

5. epiphonema: a sentence that is an exclamation, a general or striking comment, or a succinct summary of what has previously been said.

6. contramine: a word that has opposite or nearly opposite meanings–let’s return to cleave, how it can mean “split” or “put together.”

7. breviloquent: speaking or expressed in a concise or terse style; brevity of speech.

8. quidnunc: a person who is eager to know the latest news and gossip; a gossip or busybody.

9. voluble: characterized by a ready and continuos flow of words.

10. lacuna: a gap or missing part, as in a manuscript, series, or logical argument.

Words about words. I love how sesquipededalian is the manifestation of its derivative. And what about quidnuc? Why doesn’t that one pop up more in more English village novels? I can’t help but be amused that breviloquent is not brief in formation. Definitely not a descriptive of Polonius. It’s also such a score to provide one exemplar twice, as in contramine and polysemy.

Which word is a standout for you?