May provided a mixture of titles. It was a grab and go find time to read as the month was filled with AP testing and finishing up curriculum units. Brain in a blender is how I refer to those mad days of teaching in overdrive mode. Sometimes it’s difficult finding enough energy to peruse a few pages without falling asleep. Book whap in the face is embarrassing. 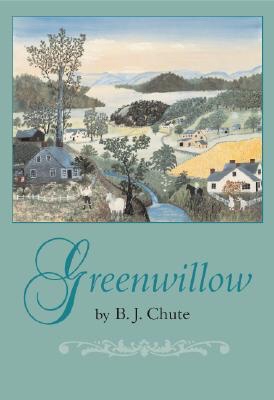 An enchanting tale with a warmth about it that makes it suitable for a cozy wintertime fireside session or as a drowsy summer hammock companion.

Reminiscent of Tuck Everlasting in how true love is shadowed by a family curse, with a bit of the charm found in D. E. Stevenson’s novels. Gently told and full of quaint characterization and imagery. I hope to find other novels by the author. A delightful five star read.

How to Stop Time by Matt Haig 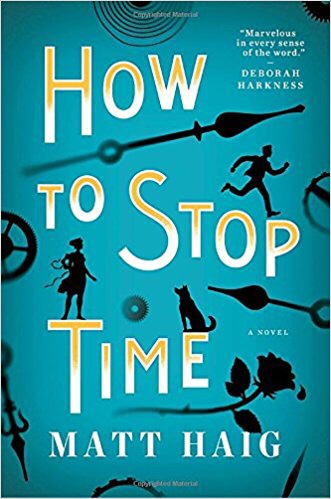 A bit of Benjamin Button mashed with Dr Who timey-wimey stuff. The idea of someone who ages incredibly slow is intriguing as it has so many plot possibilities. Unfortunately, most of the story centers on how miserable Tom Hazard is concerning his condition. He is over 400 years old though he looks to be in his forties. Falling in love is problematic, as is staying in one place for more than eight years. The flip flop of Tom’s backstory mixed with present day is the stuff of novels these days, so that wasn’t the issue as much as the over-dramatic ending with serious plot holes. The overall premise is quite clever, the storyline fairly entertaining despite Tom’s grousing. The inclusion of Shakespeare garnered the four stars, otherwise a middling three. 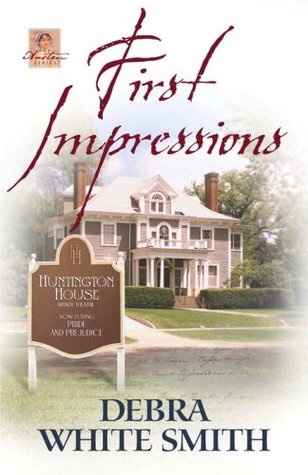 While some readers may appreciate yet another spin off of Jane Austen’s Pride and Prejudice, it is a universal truth that providing a refreshing retelling is difficult. This is the case for First Impressions by Debra White Smith, who begins her series of Austen retellings with the familiar love story of Darcy and Elizabeth. White attempts to freshen up the story by placing it in a contemporary Texas small-town. Some of the characters have changed, yet not so much for the better. Darcy is Dave, a millionaire hiding from his fame, Elizabeth is Eddi, a sassy lawyer, Jane is Jenny, ambivalent about the men in her life, and Bingley is Calvin, endearing, yet somewhat bumbling in his attempts at admiring Jenny. Lydia is Linda, the promiscuous sister. The Bennett parents still play their assigned roles of mother with no filter and passive father. The other two sisters didn’t make the cast. Wickham is a police officer gone wrong, and Connor becomes the awkward smitten cousin. Overall, the dialogue and attempts to match key dialogue and plot points comes off forced, such as making Connor a third cousin, with several reminders that it’s okay to marry cousins in Texas.

Retelling such a well-known story can be problematic, partly since readers have high expectations the characters and plot will provide similar vitality. Unfortunately, First Impressions did not impress, and it is with regret, as it held promise in its chosen format, but tried too hard to emulate Austen’s story and earns a two star.

The Lost Girl of Astor Street by Stephanie Morrell 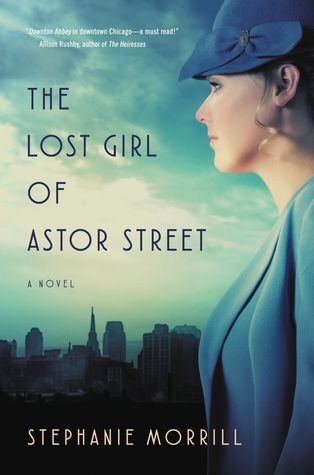 Piper loses her best friend Lydia, and is determined to find out what happened to her. This is no easy task for an eighteen year old society girl living the crime-prone era of 1920’s Chicago. As Piper begins her investigation into Lydia’s disappearance, she begins to jeopardize her own safety. Fast-paced, with notable era details, this is an engaging read. Odd, that it is labeled as a YA, since its history-mystery format is more inclined towards an adult audience interest-wise.

One off-putting aspect of the novel is the way Piper is presented: tomboyish, clever, yet emotionally immature. Her overly-dramatic behavior makes her seem much younger than eighteen, more like fifteen, which makes it surprising that a mature police detective like Mariano would be interested in her. The ending definitely hints at sequels, as there are a couple of loose ends that need attention. A four star in spite of Piper’s tendency towards being irritating in her enthusiasm in solving problems. 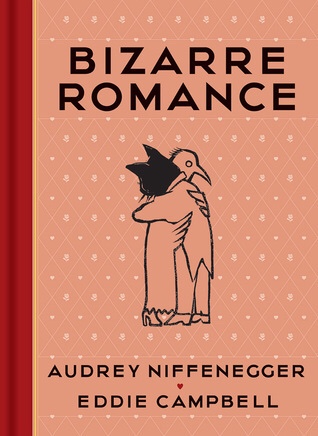 One of those books that turn out to be a not what I thought after reading a trade review. I liked the cover and was initially persuaded this would be quirky graphic novel. The idea intrigued me of illustrating published stories, a blending of text and visual interpretation. Somehow the stories didn’t quite work. The art kind of did. But they didn’t necessarily work together. “Thursdays, Six to Eight p.m.” is the best pick–fresh and funny. A middling three. A side note is that Niffenegger is the author of The Time Traveler’s Wife.

After next week I am free to read anytime I care to since school obligations will be over. I already went shopping at the library and have a shelf of reads ready to go. I look forward to feasting with my reading sessions instead of the peck and nibble I contend with. As much as I enjoy teaching, it does get in the way of my reading. 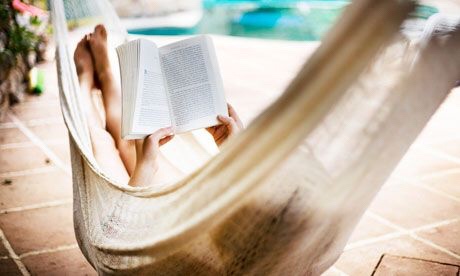 4 thoughts on “Reading Round Up: May”