Reading Round Up: April

I am woefully behind schedule in my Good Read’s challenge, being at a paltry 29%. I am five books behind!

Who knew taking on teaching another Advanced Placement class would zap my energy for even my go-to-unwind activity of reading? Preparing students for their AP exams has left me so tired I have to take a nap so I can get enough energy to go to the gym. And I can’t skip the gym because I tend to binge on chocolate when stressed.

Wednesday was the last exam. Life is looking a little less frazzling going into the weekend, especially since I’m taking a couple of personal days and extending my weekend into Tuesday. Reading books and relaxing are premier on my agenda list after Friday.

Not having read much last month, here are my two spotlights:

The Coral Island by R.M. Ballantyne 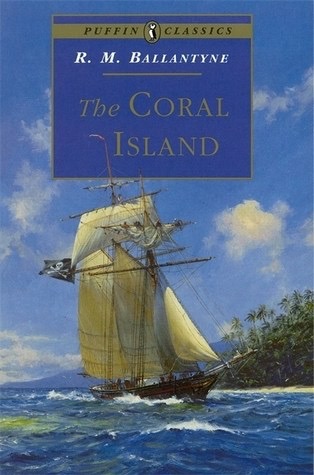 In the tradition of old tales of yesteryear such Stevenson’s Treasure Island, is found The Coral Island. Shipwrecked, three young men make their island their home. They have their share of adventures providing readers an enriching story that heartily entertains.

An interesting aside is that The Coral Island was once read by a lad named William Golding. He would later write his own shipwreck tale called Lord of the Flies. His main characters are also called Jack and Ralph. Hmmmm

Me and Shakespeare by Herman Gollob

The Crayola bright color combined with the enticement of Me and Shakespeare prompted me to stack Herman Gollob’s memoir on top of my other reads. Gollob’s title attracted me for the reason of how personal it sounded, as if he and the Bard had gone on a road trip together.

In actuality, this is a Journey tale. Gollob’s skillful weaving of his extensive experience as a book editor and his discovery of Shakespeare creates a fine and enjoyable read. Sometimes Gollob became a bit pedantic and negative, yet overall he added insights to my own Shakespeare interests.

One thought on “Reading Round Up: April”