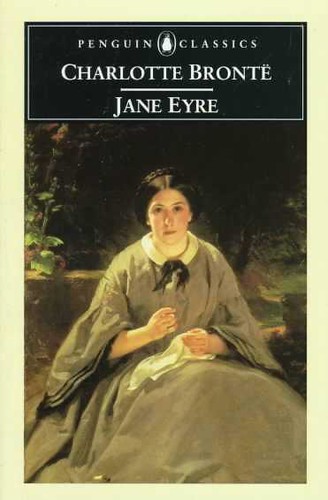 Soon we start our AP novel unit, Jane Eyre. Charlotte Bronte’s novel is one of my favorites, which means I will infuse as much of my appreciation for it as I do for my other favorite classics like Hamlet.  While many wax profoundly about Jane Austen, I think Miss Bronte gets overlooked. Jane Eyre has the distinction of being one of those novels that set things of literature memes, tropes, and motifs in motion by becoming a template for other stories. Consider:

My opinion: Jane rocks. Over the years there have been several film adaptations of the novel.  I binged on JE films over the weekend and came up with my ratings:

George, too familiar with his Patton role, brought it to his interpretation of Rochester.  He railed and ranted in a very American accent and I gave up after he meets with Jane after their encounter on the road. Besides York’s Jane being too old and much too pretty I couldn’t sit through the poor film quality. The video transfer was so muddied I felt as if I were watching the movie through an unwashed glass.

1983: Timothy Dalton and Zelah Clarke
Verdict: one of the most faithful and watchable versions

Being a BBC production, I had initial trust it would be a quality adaptation, after all these are the folk who brought us Colin Firth as Mister Darcy. The sets, the important scenes, those inscrutable nuances of the original story are all contained in this mini-series. Timothy Dalton definitely understands the Byronic hero that Rochester embodies and has even said in interviews Rochester is one of his best roles. Clarke, while a bit older than the required 18 year old fresh from her Lowood imprisonment, captures the Quakerish passivity and ethereal nature of Jane Eyre.  The scenes between Dalton and Clarke are melt-in-the-mouth truffle satisfying.  Their version is what comes to mind most often when I return for a refresher novel read. I really did believe a heartstring developed between them. The agony of Dalton’s Rochester when he realized his Jane was leaving him forever kept the tissue box occupied.

William Hurt seemed on the verge of understanding Rochester, but kept the bitterness too diminished, too washed out. Charlotte G as Jane got her part right. The plain, passionate young actress  imbued the paradoxical spirit of Jane Eyre. Sadly, there existed no believable passion, that needed kindred heart-string spark, between Gainsbourg’s Jane and Hurt’s Rochester. This spark is the very core of the novel. Without that essential core the movie floundered about like a fish hoping to get back into the water to have a proper swim. The director who brought us Romeo and Juliet, Taming of the Shrew, Hamlet, and other great stories of passion missed the mark with this adaptation by rushing the story and taking way too many liberties with the plot.

2006: Toby Stephens and Ruth Wilson
Verdict: enjoyable, even if a bit too contemporary in approach

Admittedly, I had started watching this version years ago when it first came out, but found myself so disenchanted with the cutaway flashbacks, I couldn’t get past the Lowood scenes and it wasn’t until recently I returned to another viewing.  I did like the lead actors portrayals, and yes, there was a definite spark between them. I thought Toby Stephens got off easy with his fire wounds, unlike Hurt and Dalton. His rugged looks only appeared rather marred, instead of being ruined. The rolling around, ankle rubbing bit at the end seemed a bit too lenient for true Bronte style. Then again, there are leniences throughout this adaptation I willingly overlooked since the production quality proved so high.

The first scene makes a diehard JE fan sit bolt upright and ask, “What? Wait–did the movie skip! because the opening scene is starting right off with Jane making her mad dash from Thornfield, which usually means the film is winding up to the grand finale.  Instead Fukunaga gets a bit artsy and dips in and out of Jane’s childhood days in flashbacks, with a quick glance at times at her more recent history.  Artfully done, but a bit disconcerting for those who prefer the linear progression.  Fassbender and Waikowska do provide a sumptuous Rochester and Jane.  Looks, mannerisms, nuances, smoldering passions–it’s all there.  That’s why it the ending is so absolutely frustrating.  I could not understand the need to transform Rochester into a Tom Hanks Castaway lookalike.  Maybe trading out the maimed hand for a beard was a contract compromise. Also, there should have been another 20 minutes of wrap up, yet we are whisked away much too soon.  It’s like being served the most savory dessert and having it taken away after a couple a bites–“Yo, I wasn’t finished.” Apparently Fukunaga thought the audience needed no more indulging and wanted us to move away from the table.

Overall: If a dedicated JE fan go to one of the series adaptations, such as the 1983 or the 2006.  It appears that only when given the proper amount of time (3-4 hours) can Jane’s story be told sufficiently. However, if thinking “book or movie first?” and movie wins out–get the 2011 version.

Further notation: I thought about finding the Ciarin Hinds version, especially after watching him in Austen’s Persuasion with Amanda Root.  Our library no longer has it and after reading the widely mixed reviews of loving it and hating it, I thought I will stick with my picks of 1983, 2011, and 2006 for classroom clips.

Any readers have their own picks of fave JE adaptations?

8 thoughts on “Eyre of Distinction”