Archive for the tag “religion”

Debut author, Suzanne Field, explores the painful process of watching a loved one drift into insanity through omniscient narration, an unusual point-of-view for this type of story, yet one that effectively provides an appropriate disjointed aspect.

Summary:
Joann hides from her childhood fears under the family’s heirloom Norwegian table. Her older brothers and sisters tease her for her  need to seek solace under its protective aprons. As she grows into adulthood, her fears follow her and manifest into odd quirks that later develop into full-on madness. Her daughter Saffee suffers terribly, watching her mother slip away from her. Saffee craves having a relationship where she feels safe and worthwhile and cannot find this fulfillment through her dysfunctional family structure. As Saffee grows from child into teenager and finally into a young woman she realizes that God is always there for her and she begins to find solace in His presence; however she continues to have doubts about herself and wonders if she will inherit her mother’s condition.

Reflection:
I’m not sure why the author chose to present the story in an omniscient point-of-view. In some ways it allows for an impassive participation by lending a distance, as if we are watching a family unravel in almost a clinical mode of observation. On the other hand, without a definite point-of-view,  it is difficult to connect to the characters. This form of narrative involves more telling than showing, which leaves one  wanting more detail. Overall, the novel presents a fascinating topic: nature or nurture? Does Joann inherit her mother’s nervous condition and pass it on to her daughter Saffee or does Saffee learn her quirks watching her mother?

“Saffee’s heart thumps. Hysteria? Acute mania? Hospital for the insane? The words glare like neon lights. Her mother and her grandmother? Insane? What was the term she learned in psychology? Evolutionary lineage? For an instant, only an instant, her chest tightens.” (244)

Saffee finds fulfillment through the support of her husband Jack, who reassures her that she doesn’t have to become her mother. And she wants to believe God has promised her life will be different. The idea of breaking patterns through love’s redemption is the backbone of this debut novel and is one that provides a satisfying ending.

Disclaimer: BookSneeze provided this book in exchange for a fair review.

A Slice of Pi

Too often I realize I am a book snob. Certain subjects, authors, or just because it is crazy popular will place me in snub mode. My shame, especially since I am a professed Book Booster. Isn’t confession supposed to be part of the cure?
This is why I am even more embarrassed I have put off reading Life of Pi for so long.

When it first came out I did my huffy verisimilitude snort and bypassed it. “Oh, please, really? A boy and a tiger on the ocean in a boat and he lives to tell about?” I had no problem with C.S. Lewis creating a horse and a boy as pals, let alone a lion mentoring three British children? I really must get my veracity meter checked one of these days.

With Pi I broke THE rule and saw the movie first–home version, sans Blu-Ray or 3D glasses. My review? Magical.
And that’s it. You don’t need yet another review among the surfeit of Pi commentaries. The movie motivated me to read the book.. Fortunately, our school librarian, in the midst of checking in end-of- the year materials, hasn’t had time to shelve new books and she allowed me to take it home over the weekend. There’s nothing like a long weekend and a mesmerizing novel.
I will say this–I appreciate the novel so much more having experienced the film (possible even in plain everyday vanilla DVD fashion). Frankly, parts of the plot were a bit hard to visualize, such as the raft and the meerkat island, without the aid of movie inserts. It’s not that my imagination station is broke it’s just that Ang Lee created such a wondrous palette of preprogrammed living color the plot danced more as the movie played in my head. Then there is Richard Parker; I couldn’t have imagined him as well as his CGI counterpart. He is such a handsome tiger. Of course,  meerkats by the thousands is visually is much more impressive via the wide-screen than by my mental viewing station.

The novel contains much more detail (I, uh, flipped past some of the more colorful aspects of oceanic survival); however, aspects of the movie were better, such as the family dynamics.

The most important takeaway of both stories is this quote:

This quote absolutely resonates with me. The ambiguity of the story’s ending reminds me so much of Inception, allowing us the intelligence of denouement possibilities. 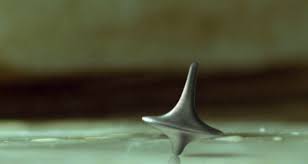 I wonder if there is a correlation between my initially snubbing Life of Pi because I did not grow up with pie–seriously, I don’t remember my mom serving up chocolate cake, apple pie, or cookies (I have compensated and I taught myself the art of pie making and make a mean apple custard pie complimented by “my goodness!” flaky crust). Pie didn’t interest me until I reached adulthood.

And so it is with this Pi, of which I will ask for another slice.

Cover of Life of Pi

The Ultimate Valentine Found in My Favorite Book

Listening to the voices in her head Gracie Hollman takes off her wedding ring, snips her credit cards, jumps in her car, and leaves everything behind.  Her husband Ed, a solid, everyday kind of guy who owns a tire shop, is at first concerned about her absence, thinking foul play at first, but the abandoned credit cards and wedding ring make him think she’s left him for another man.  He didn’t see that one coming, especially after thirty years of marriage

The story centers on Gracie and how her decision to leave everything behind causes a ripple through several families.  Each family, and each person will find that things have a way of working out because grace truly is sufficient.

Darnell Arnout has created a mesmerizing work which explores grief and healing with sensitivity, insight, and humor. Arnoult masterfully mixes together a variety of characters, who at first have separate stories, yet by the end of the book they are all connected.

One of Arnoult most distinguishable style attributes is taking the everyday and spotlighting it into something  of phenomenal clarity.    For instance, Mattie is becoming increasingly handicapped by her inability to get past her husband’s death. At her family’s insistence she begins to clean out his closet. During the process Mattie tries on her husband’s shoes, reminicsing about much she misses how their feet would lightly rest together at night when they slept.

Mattie will give up the clothes.  She can do that.  She’ll let Sammy put them in some bin and let some other needy soul have them.  but she needs to walk in Arty’s shoes for a while.  Feel her skin slide over the place where his feet have been.  Just for a while longer. She’s got to keep those feet.

This book gave me encouragement to take a batch of people and tumble them together to get a kaleidoscope of character mixing.  I also gained an insight on how levity lightens serious topics.  And food. Writing about food somehow makes painful stiuations like grief, discord, and mental duressl seem so much more palatable.