Archive for the tag “classic books”

Reader Round Up: November

Finding time to read in November was as tricky as it was needed. The stress of parent teacher conferences, along with the trials of squeezing in continuity of lessons, made reading difficult due to a spate of interrupted days. But, oh, how I enjoyed my week off for Thanksgiving–so worth those two twelve hour days of trade off. Sitting down with a book in down moments proved a necessary tonic to abate frazzlement. The bonus being I found some really terrific reads (thus avoiding true frazzlement).

The Girl Who Reads on the Metro by Christine Feret-Fleury

A fairytale of improbability, yet delightfully refreshing. It’s difficult to resist such a little charmer, especially when it involves spreading the joy of reading books.

Jim the Boy by Tony Earley

The story of Jim Glass, a winsome boy of ten being raised by his bachelor uncles and widow mother during the Depression. Laugh out loud prose that captures an era and the perspective of a well-loved boy, the definitive product of the South.

The Blue Star by Tony Earley

The sequel to Jim the Boy finds Jim as a teenager looking to enter war and facing broken dreams and a broken heart. Not as endearing as when he was ten, Jim is still a character worth knowing as he sets out to become a man sooner anticipated.

The Literature Lover’s Book of Lists by Judie L.H. Strouf

A bit dated (1998), yet it definitely provides bibliophile contentment.

My Brilliant Career by Miles Franklin

Written when the author was a teenager in Australia, it is cousin to other heroine novels of discontent such as A Room with a View and Jane Eyre. Sybylla holds her own with Lucy and Jane. I imagine them enjoying tea together as they spout off their passionate observations about the world.

Invasion of the Body Snatchers by Jack Finney

I had no clue the classic sci-fi film began as a novel. And of course it is sooo much better than any of the adaptations. The edition I picked up (60th anniversary) had a forward by Dean Koontz which was quite enlightening.

The End of the Magi by Patrick W. Carr

A riveting supposition concerning the Magi, those wise men who faithfully followed the prophecies of Daniel. 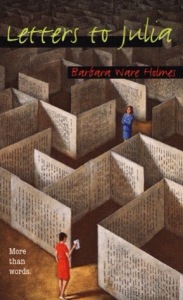 An epistolary novel of a teen girl desiring to become a writer who forms an unlikely friendship with Julia, a New York editor.

Having all these bonus good reads made November tolerable. Hope you find a title in the list that intrigues you.