What can you say about a work of literature that carries over into several centuries and still has meaning? For one thing, you can say “Shakespeare.” His writing certainly fascinates, attracts, and illuminates the times. Fashion may change, but human emotions definitely haven’t evolved much in 400 years. Even my sophomores are totally getting the value of studying Julius Caesar this year.

Recently our school hosted Shakesperience, which is a NEA sponsored acting troupe that travels throughout schools in our fair state, presenting, yes, you guessed it, Shakespeare. They shake down a three-four hour play into one hour based on a theme. This year they showed As You Like It set in the eighties. Gotta love eighties fashion (or lack of it). The actors have lots of energy and speak Bard. I always wonder if students “get it”–they must, because they laugh in the right places.

My favorite part of arranging Shakesperience is the afterwards. Students trundle out of the auditorium with smiles, sharing happy moments from the play. One of the best shares so far was on the fly.

Grabbing a quick snack at the cafeteria wagon after the performance I felt a tap on the shoulder. I turned and one of the students who had pleaded with me to allow him to attend the performance (even though arrangements should have been made previously and not a half hour before the show starts) stared at me for a couple of seconds. I prompted him, “So, you liked the play?” He widened his eyes and placed his fingertips to his forehead and “exploded” them off his face, complete with appropriate sounds. I understood that he meant the performance blew his mind.

Old play, new way, same words, and they get it. Yup, can’t wait for next year. 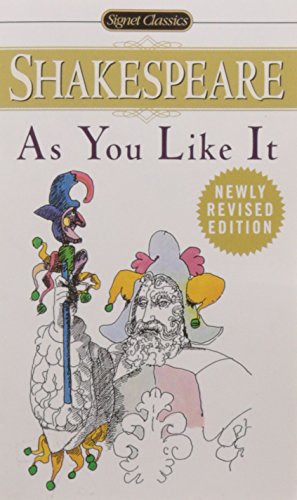 Posted in authors, plays, Reflections, Shakespeare and tagged As You Like It, education, NEA, Shakesperience