I haven’t run a “Why We Say” since December. Tsk. Not wanting to disappoint I will make up the lost months in a bevy of Bs. Five months equal five reasonings for “Why We Say”–

1. Springtime is April showers and May flowers and baseball!  It is appropriate we begin our first B with Baseball Fan. Back when newspaper ruled the news, there would be great competition for space. Naturally, if a longer word could be exchanged for a shorter one, or if a long one could be condensed, the switch was made.  Charles Haas, apparently is the reason we now refer to sports enthusiasts as “fans.”  He was credited as being the greatest baseball “fanatic,” which became shortened to “fan” once it hit the press pages.  And here I thought “fan” referred to the paper waving needed for those hot days in the stands.

2. “Oh quit beating around the bush, and just tell me what you think!” Have you ever been accused of holding back information? If so, this statement might be flung at you. You might not realize how foxy you’re being by holding back from your audience.  Back in the day, hunters wanting to rout foxes from their hiding spots in the bushes, would send someone to beat the bushes to scare out the tawny evaders.  Not wanting to become some ladies fur stole, the foxes would learn to keep hidden, which meant it took a long time to get a fox to pop out.  The “aha” moment with this phrase: sometimes it takes someone a long time to get to the point of the story. 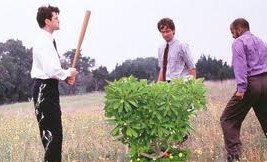 3. Do you suffer from getting in tight spots? Do you sigh at the getting behind, just when you thought you had it all in order? Do you wish you could be a winner, instead of being a loser?  If you checked “yes” to any of these questions, you will then most certainly relate to the expression “Behind the Eight Ball.” This expression is derived from the pool game of rotation, where each ball is played except the eight ball. If the eight ball blocks your shot, you have basically lost the game.

4. “I would love to be in your shoes.” This one makes sense all on its own.  It’s simple, right?  It simply means we want to trade places.  That’s true and then some.  Let’s go back as far as 1834 in England. At that time children who were to be adopted would step into their new father’s shoes to stress the importance of the new connection and family ties.  “Shoes me, are you my new dad?”

5.  With spring comes summer and with summer comes weddings.  Ooh, I love a summer wedding and I am so disappointed when I don’t get to go to at least one summer nuptial exchange.  I love the chance to actually dress up, mix and mingle with old and new acquaintances, eat, drink, and be merry and best of all I enjoy watching the bride and groom exchange their commitment to one another.  I look forward to the wedding theme and the fashions.  How many bridesmaid? Will the best man be serious? Or will he pull the old “ring, what ring?” routine.  The best man is naturally the groom’s best friend or close relation, and it’s a place of honor.  This custom stems from centuries ago (primarily in Europe) most weddings took place at night (don’t know the reason on that one–research time) and it wasn’t unheard of to have the rival come swooping in an attempt to kidnap the bride. One precaution against this shocking, and irritating practice, was to have the groom’s men stand guard during the service.  The main guard would be the groom’s most trusted or best man. Tuxedos optional with swords? 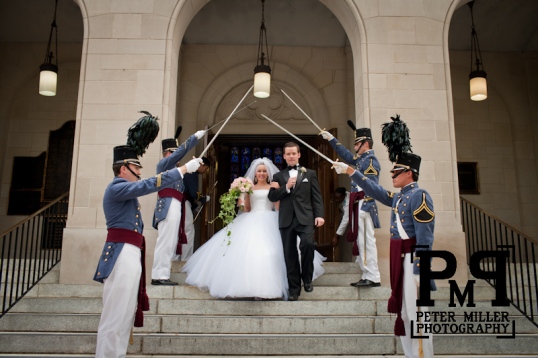 Next month B on the lookout for some more Bewildering “Why We Says.”  Until next time…