Hungry for Another Series?

After reading the Hunger Games series I cast about for something else as a continuous read.  Fortunately I found Divergent by Veronica Roth.  Although the next book is not due out until May I am set to move on to the further adventures of Tris. 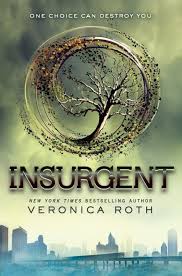 What is it about getting involved in a series?  Is the lost-in-a-plot feeling?  Is it the invested interest in characters?  Perhaps it is the convenience of not having to find and audition yet another book (hmm, shades of dating and staying in a monogamous relationship).  Anyway, here are some suggested series, tried, true, and some still new to me:

1. Divergent by Veroncia Roth(next up will be Insurgent in May)

2. Chronicles of Narnia by C.S. Lewis

4.  Hitchhiker’s Guide to the Galaxy by Douglas Adams

5.  The Eyre Affair by Jasper Fforde

7.  The Giver by Lois Lowry

8. The City of Ember by Jeanne Du Prau

9.  The Dune Chronicles by Frank Herbert

10. Little House on the Prairie by Laura Ingalls Wilder

14. This Present Darkness by Frank Peretti

18. The Chronicles of Prydain by Lloyd Alexander

19. The Zion Chronicles by Bodie Thoene

21. The Outsiders, That Was Then This is Now, Rumblefish by S.E. Hinton (shared characters)

24. The Mars Diaries by Sigmound Brouwer

29. All Creatures Great and Small by James Herriot

32. Diary of a Teenage Girl by Melody Carlson

If these don’t work for you, or if you’ve already devoured them, try the GoodReads link.  There are over 1200  entries and over 100 pages to browse through.  Book Boosters need their choices, ya know.

I’m interested in your thoughts.  Try out my first Polldaddy attempt:

12 thoughts on “Hungry for Another Series?”