Archive for the tag “napping”

The Art of Nap

I believe in naps. One of my dream projects is to create a coffee table photo fact luxury edition of the history, cultural significance, and medical conclusion of The Nap.

Dagwood would be the centerfold feature. Clothed, of course. Nude napping is not discussed on this family friendly site.

I have long held the belief that napping is a necessity and should not be deemed as a guilty pleasure. 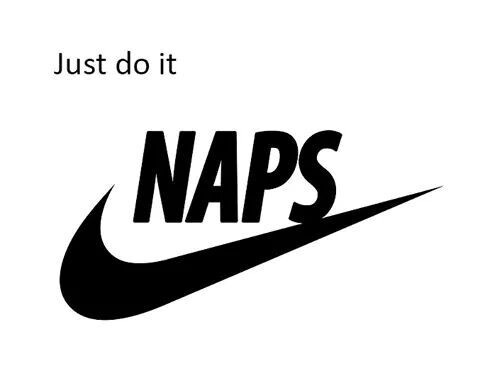 However, naps get a bad rap. Just ask any toddler. The stigma starts at four when naps are viewed with derision instead of anticipation. Fast forward to high school and napping is once again embraced. I could devote an entire post to napping styles among my students.

Seriously, napping is important. It’s so important that The New York Times ran an article about the need for the twenty minute sleep.

Damien Léger, a French doctor who runs the sleep-research center, believes the following:

In Europe, actually most non-USA countries, recognize the need to nap. Then again we Americans get a lot done while we are awake. Was it Thomas Jefferson who coined the phrase, “You won’t catch me napping.” I would have said Benjamin Franklin, but he strikes me as a napper. After all, he did spend a long time among the French.

So I say we get a petition going and get corporate to install quiet rooms for workers. Take out the coffee lounge and just lounge.

“Get Down With Napping.” Hmm, I’ll keep working on a rallying motto.