Archive for the tag “dogs”

When I was a kid, the family dog was in the backyard and cigarettes were found everywhere. Today, dogs are everywhere and smokers are banned to their backyard.

I’m not complaining. Just wondering how dogs have reached such a thumbs-up public approval.

Check out this New Yorker article in which the journalist trots a turkey, a snake, a pig, and an alpaca in public places. 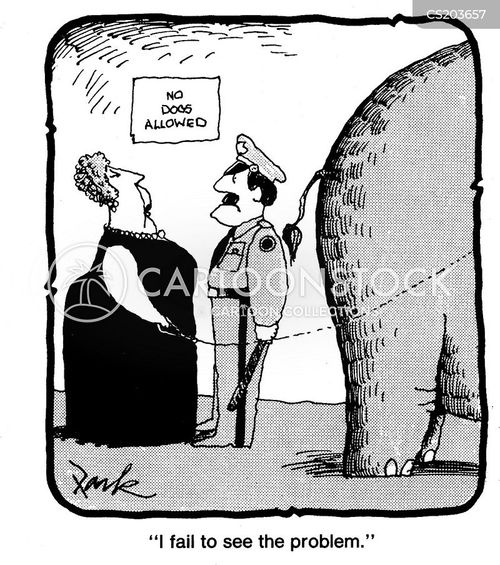 Now, before we get started. I need to state right up front. I like dogs. Our family dog taught me to walk (I grabbed on to him and he patiently led me along), and we were buds until he died at age of fourteen. I still miss him. Not that it’s a big deal, but I nearly died trying to protect our neighbor’s Cock-a-poo who had been attacked by dogs gone wild.  I have considered becoming a trainer for guide dogs once I finally retire from teaching. And just today I reunited two boys with their list Labrador. So–I do like dogs.

I just prefer dogs in the proper setting. Restaurants, hotels, the library, grocery stores, the farmer’s market, my local Home Depot, and the post office are not places I expect or desire to interact with dogs. I have no issue with true service dogs. They are trained and serve a needed purpose. The wolfhound blocking the sidewalk at the local farmer’s market (where it is posted “No Dogs in Park)–purpose?

Some communities are crazy for dogs. Oregon’s Hood River is such a place. San Francisco is another city gone to the dogs, and many of its citizens are wondering if they have gone too far in embracing doggy appreciation (3-1 said yes in a poll). It’s become so prevalent to see dogs when I go out to eat that I’m tempted to ask if there is non-dog section when going to a restaurant. True service dogs stay at their owner’s feet, they do not share their table, nor their lap. No fuss is made over them because they are on duty. They are well-behaved. They aren’t that noticeable.

Regular dogs and their owners–that’s a different matter.

Even though it’s posted at our local community park, where the local farmer’s market is held, that no dogs are allowed, that does not deter either the locals or the tourists from bringing their canine with them as they shop for garlic cloves and search for the perfect scone. I see the sign “Service Animals Only” posted on the door of most businesses, yet that request does not apparently apply to the lady with the Pekinese stuffed in her purse as she rolls out her grocery cart.

The value of a posted ordinance, rule, or request is only as good as it is enforced. The farmer’s market association says it’s the job of the city to enforce the ordinance. The police department says they will stop by the park if they don’t have other pressing duties. The store manager says they risk a lawsuit if they ask the person if their dog is a service animal. Clerks have developed a “we don’t ask” policy at the library and post office. The people I encounter in public places who do not have their dog on a leash, although it’s posted to do so, say “Oh, no worries. She’s friendly.” Maybe so, but I still don’t want that friendly nose snuffing my leg. There’s a set of teeth ever so close to that friendly nose that may decide otherwise. It’s happened.

I’m wondering if society has replaced the cigarette, a selfish, noxious habit that can harm those in its presence with another risky habit. Whoa, C. Muse. Equating cigarettes to dogs is a bit harsh. Maybe so. There remains a deep-seated amazement that people seriously think I want to share my space with their four-legged habit. I am not the only one who is wondering about this new dog-permissive attitude.

David Lazarus of the LA Times decided to test the new doggy permissiveness. Even though there are health codes, he acknowledged, he took his dog Teddy with him one day, wondering why no one stopped him when he decided on taking his dog everywhere he went. Perplexed at being ignored by those around him he summed it up: “I have only one answer to that. It’s L.A., dude.”

Has anyone else noticed the new dog permissiveness? Are dogs as prevalent as cigarettes once were in public places? Dog gone it, I just don’t understand why society wants to have such dog day afternoons.

As a professed Book Booster I have a definite soft spot for a blog that promotes books. The added bonus of Reading with Rhythm is that this is all about a dog dedicated to sharing the love of books with children through visits at schools and libraries. This gets double Shazam points!
Just who is Rhythm and why is this dog so besotted with books? Rhythm’s story is quite interesting. She first trained to become a guide dog, but like some first pick careers, things didn’t go according to plan. However, her second career is just as special and important, because she is enriching many lives now that she is a registered therapy canine. To read more about her career change, read this post.

Rhythm’s Mom Person keeps readers updated with books of note, along with keeping readers entertained with the various adventures she and Rhythm’s family and extended network of pals enjoy and experience.

Rhythm also is the star of her own book! Now that’s something to brag and wag about.

Rhythm and her Mom Person provide a lively and light-hearted perspective to life and life with books. Hoping you’ll stop by and extend your paw of approval for this lovable labrador’s love of reading.