Archive for the tag “denotations”


While some revel in the Christmas season I am all for the New Year. New digits on the paystub, closer to spring, which means closer to June, which means summer break!

Celebrating the joy of the new year requires presenting a menu of festive, inspiring words that ring out the gladness of a new, and it’s hoped, better year.

pandiculation: the act of stretching oneself especially on waking

irrefragable: not to be disputed or contested

chuffle: to make a low snuffling sound analogous to the purring of smaller cat species, often as a greeting

heigira: any flight or journey to a more desirable or congenial place

prelapsarian: characteristic of or pertaining to any innocent or carefree period

azure: of or having a light, purplish shade of blue, like that of a clear and unclouded day

hiemal: of or relating to winter; wintry

cavort: to behave in a high-spirited, festive manner; make merry

A broad range of words, ’tis true. Yet January can be a month of variance. There is the hiemal aspect, the evanesce of snow, it’s hoped, unless a new snowfall creates a mickle of the white muck, which generates a heigira urge for sunnier locale. Once January’s snows lessen, the landscape becomes more pulchritudinous as azure skies beckon overhead leading to prelapsarian attitude, although some would state the new year still holds over the old winter. Aye, that fact is irrefragable; however, a proceleusmatic sweven inspires the need towards pandiculation of outlook. Spring is closer in January than it was in November and I shall indeed cavort when the last snowflake falls. I might even chuffle once January’s page is turned aside to welcome February. Longer days and Valentines to anticipate create the need to Fletcherize in preparation to perorate upon the celerity of winter’s passing.

May your January and the meeting of the new year be one of rapprochement since the first month of the year was named for Janus, the Roman god of beginnings. A fitting yclept month as January is the doorway to the rest of the year.

It is the month of Maying. Flowers blooming, warm weather, longer days, one month until summer break. Yes, there is much to like about May. Since May is full of color, warmth, and anticipatory of summer, I thought a smorgasbord of words would be appreciated for this month’s Word Nerd Confessions:

3. paladin: defender of a noble cause

5. ululate: to complain loudly; to howl as a dog might

6. banausic: to serve a mechanical or practical purpose only

8. antinome: something that is contradictory

9.polyhistor: someone of great and varied learning

10. tittle: a small mark in punctuation as in the dot over the “i”

11. aggiornamento: bringing something up to date for current needs

12. thimblerig: the sleight of hand game to fool someone as in the pea under the cups

14. cruciverbalist: a designer or aficionado of crossword puzzles

What three words caught your fancy this month?
I’m partial to antinome. I’m gonna throw that one at Mike during a Debatable. Ssh, don’t tell him. Nocent and paladin could also be appropriate for a Debatable.

What two words did you not realize that there existed such a word of explanation?
Didn’t know a cruciverbalist is what you call people who create crossword puzzles. I just thought they had more time and talent than me. Worker ants are ergates–I had no idea. 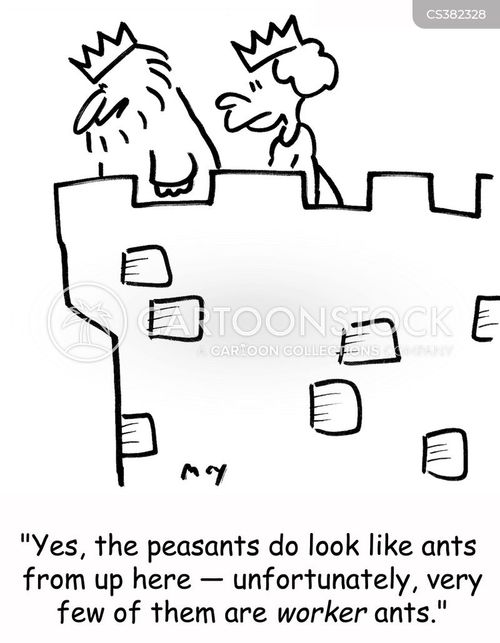 What word do you simply like because of the way it sounds?
Tittle, of course. It tickles the tongue and makes me want to laugh. That little dot is a tittle. Tee hee.