Archive for the tag “Bardinator”


Bardinator that I am, I must admit I do not adore all of Shakespeare’s plays. I’m not keen on those featuring unsavory meat pies, tedious histories past of glory, or barely sensical plots with twin trouble (although some of his twin twist plays are delightful).

I tend to stick to the basic, well-known canon of favorites except for the Scottish play and the grumpy king–I am definitely leery of Lear. Shakespeare never intended his plays to be read and studied–they were entertainment. They were also political statements.

However, Shakespeare’s intent and critical analysis shall be saved for a future post. Today’s post is celebrating the creativity of clever adaptation.

The basic plot of King Lear is to take one egotistical, autocratic king who decides to play games with his three daughters and their love for him. He loses the game. In a big way.

Maybe that’s oversimplifying it, but it works, especially in Patrick Stewart’s version.

Yes, that is Patrick Stewart in western garb. He does a passable Texas drawl and he plays the stubborn patriarch with aplomb. He is as approachable as a cactus and as charming as a scorpion. All the parts of Shakespeare’s play are transferred well. The fool is played by a black slave named Rip, who doles out the appropriate sass and wisdom to his boss, John Lear. The daughters are now Susannah, Rebecca, and Claudia. Gloucester is played as a neighboring horse rancher–kudos to Roy Scheider.

It’s all there: the dividing of the Lear’s ranch, the tempest and loss and reinstatement of sanity, the good, bad, and ugly of progeny, and the ever so sad ending when realization comes far too late what love and loyalty really mean.

If you are looking for alternative Shakespeare, yet delivered with the performance of a Shakespearean trained actor, then King of Texas is the version to seek out and view. I’m no longer leery of Lear, and I look forward in watching how Anthony Hopkins approached the part in the newest version that came out recently. 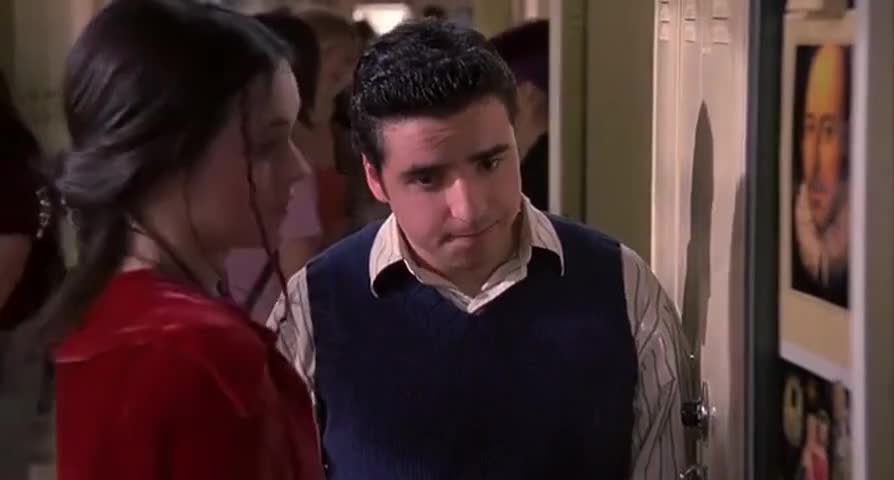 A Trio of Shakespeare

Considering I had no exposure or any real knowledge of Shakespeare until I began teaching his works in high school, I’ve certainly made up for lost time.

In the twelve years of morphing from a displaced school librarian to an AP teacher I’ve developed an appreciation for Wm. Sh. to the point of labeling myself a Bardinator. * 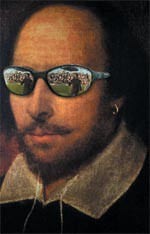 “Yo, thou intensely doeth Bard if thy be a Bardinator.” image: flickr.com

This summer I have reveled in more Bard than usual. It began, appropriately enough on July 4th* when I landed in Washington DC to study Hamlet for a week at the Folger Shakespeare Library.

Later that month I finally got around to Anonymous, which is actually anti-Bard, as it is a ridiculous conjecture that William Shakespeare was not a brilliant playwright but actually a drunken sot of an actor fronting for some earl who was a closet playwright. The only takeaway was how stunningly the time period and the theater was portrayed. I squirmed through this insulting and terrible premise to absorb the glory of the Elizabethean stage snippets. One star of note was Mark Rylance. This observation led me to–

Twelfth Night starring Mark Rylance in the role of Olivia. Yes, finally. A Shakespearen production as it might have been presented because of the all male cast. The play was filmed at The Globe with a live audience (groundlings included) in sharp, glorious HD. Mark Rylance and his troupe superceded expectations. It was unprecedented theater. I will have problems readjusting to women playing women now in Bard dramas because Shakespeare wrote the parts knowing men/boys would be playing women. Or in the case of Viola/Caesario-, a youth playing a woman disguised as a youth. The lines and meaning take on a whole new dimension with the knowledge it’s two men playing they are attracted to each other but the manly man doesn’t want to admit to it . But thr audience knows the fair youth is really supposed to be a woman since it’s a boy playing a woman dressed as a boy. The confusion is intentional, as is the jovial mistaken engendered double meanings.

To round out the summer I watched my first ever Shakespeare in the Park or more precisely, on the grass at the local fairgrounds.  A group of thespians out of Montana traversing five states presenting either Cyrano or Taming of the Shrew graced our fare (or fair) town. And what a turn out. Beginning at three o’clock people arrived to claim their patch of grass and browsed the various booths ranging from spun wool goods to sword play. A lively Renaissance trio added appropriate musical ambiance. At six o’clock the western-themed show begun and the audience whistled and hooted out their appreciation at all the puns and ribaldry. The best bit was unplanned when a wee little lass wandered onto the stage at just the moment when Petruchio instructs Kate to speak to the “maiden” (Vincentio).

“Speak to yonder maiden, Kate. Not that one–the other one.”

Not missing a beat, Vincentio grabs up the sweet interloper and announces: “This is my granddaughter” and managed to return her to an embarrassed audience mother.

A truly fun community event to commemorate the closing of summer. Soon I will be bringing Shakespeare to the classroom, but perhaps we’ll Bard out on the lawn. BOOC–bring our own chairs.

Did anyone else have a bit of Bard along with their beach and BBQ days this summer?

*yes, there is a connection of studying Shakespeare during America’s independence week–Wm. Sh. became our nation’s first playwright when his plays sailed over from England. In fact, the Folger has the first Elizabethean stage. A regular Tudor de force (upon which I played a hammy Horatio).

*I just spent an hour hopscotching about the Net trying to find that nifty definition I stumbled across years ago. No luck. I did find a new blog concerning Shakespeare. I have created my own definition. This will be a work in progress and I am quite open to other interpretations.