Reading Round Up: December

Reading is my go-to for stress relief. And December is stressful. Some of you know what I’m talking about. Especially if you either teach or are a student or are a parent with children in school. Or are a person just dealing with the holiday rush. That about cover everyone? I suggest reading to calm that December tension. Here are my highlights. BtW: I read everything. I volunteer at our library when I have time and shelve books. Somehow I always end up with the children’s cart. I usually take home a couple. Channeling that inner child? Umm, how about it’s work-related research? I like to think I’m staying informed of what my students read.

Freak the Mighty by Rodman Philbrick

Excellent. Uniquely presented and memorable. The old story of two misfits by society’s standards gets a new fit as the Kevin the Freak(y) little brain teams up with Max the Mighty (big kid). Middle schoolers will gain from this book that there is so much more to first appearances. Those who appreciated Wonder will add Freak the Mighty to their list.

The War That Saved My Life by Kimberly Brubaker Bradley 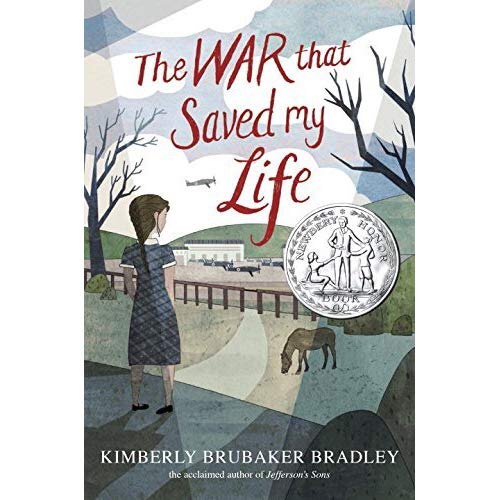 It’s understandable why this is a Newberry Honor book. A WWII story with a different lens, one dialed in on looking at how some people are survivors in a different type of war. Ada is a survivor, and this is her story.

Set in Kent, England just as the war is starting, Ada and her brother Jamie are evacuees and slowly learn what love is once they are taken in by Susan, a survivor in her own manner.

The rushed ending prevents this being a solid 5 star review; however, it is a story of recommendation.

Another heartbreaking story from Gary Schmidt.

In this one, Jack tells Joseph’s story because Jack has Joseph’s back in more ways than one. Jack is able to convey well Joseph’s pain at being separated from what he cares for in life, and Schmidt relates Joseph’s emotional and physical travail through Jack’s honest observations. While there are moments of happiness, much of the story dwells on the sad, thought-provoking life of Joseph who is among the growing number of characters Schmidt portrays as having abusive fathers, and trying to make the best out of hard situations.

Schmidt’s storylines are reminiscent of Chris Crutcher’s penchant for telling hard stories about kids who need a break in life. But without the swearing.

The Happy Bookers by Richard Armour 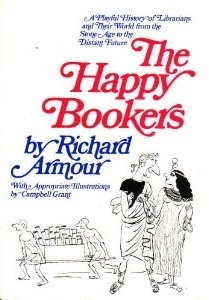 Armour, a prolific punster of over 50 books, creates a light-hearted history of the librarian. Written in 1976, it’s a tribute to celebrating the double anniversary of the American Library Association and the Dewey Decimal system.

Interwoven in all the puns are history nuggets about the library and their keepers. It is difficult not to laugh out loud at some of the humor. People overhearing your snickers will want to know what’s so funny. Save time and hand them the book to enjoy.

Julie fits in well with other titles focused on young women who have to make adjustments to a new environment, such as Kirby Larson’s Hattie Big Sky. Centered on the growing town of Twin Falls, Idaho, Miller tells the story of how sixteen year old Julie traveled with her father from the comforts of family life in Iowa to start a new life out west.

Full of lively dialogue and characterization, readers come to appreciate this story of how a town grow up out of the desert, and a young girl grew up to become a young woman of dreams, yet have her feet planted firmly in Idaho soil.

Irresistible. Seriously, Shakespeare shouldn’t be taken as seriously as he tends be. After all, he knew how to have pun with words. Richard Armour also knows his way around puns and takes on Hamlet, Macbeth, A Midsummer Night’s Dream, Romeo and Juliet, The Merchant of Venice, and Othello and paraphrases these well-known plays with wit and plenty of wordplay.

A gem of amusement of both students and scholars. A four only because some of the punnery became a wee bit extreme. I can mock fun of Shakespeare just so much. I am a Bardinator after all.

I hope one of the listed titles intrigues you, and I am open to suggestions. I am always scouting out other reader blogs.

2 thoughts on “Reading Round Up: December”