Debatables: Will the Real Willy Wonka Stand Up?

The amazingly talented, and quite hilarious, Mike Allegra and I have taken our pundits and sparring to a new level. At Mike’s suggestion we will periodically run a post called Debatables in which we spar about topics related, or mostly related to literature.

Our first round involves Willy Wonka. Yes, the lovable chocolatier of Charlie and the Chocolate Factory by Roald Dahl who became the lead character of two film adaptations of Dahl’s book.

I took the stance that Gene Wilder is the better Wonka, while Mike insisted Johnny Depp is the Wonka man.

Check out our lively discussion and even livelier responses at Mike’s website.

Make sure to check out the posts, and you can also leave your comments here. 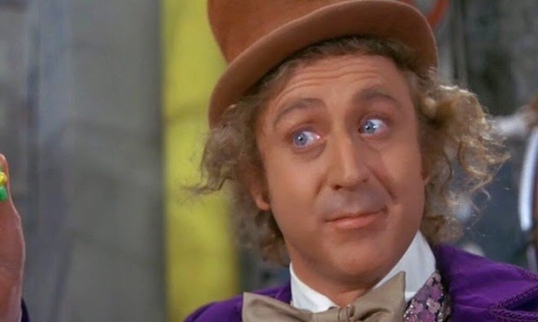 This is THE Wonka. Right?

12 thoughts on “Debatables: Will the Real Willy Wonka Stand Up?”