Reading Round Up: July

Due to my recent mishap involving having to choose between  a rock strewn embankment and the asphalt bike path, I’m spending my recovery days reading more than gardening, walking, writing, driving, visiting and anything else that involves continuous sustained movement. I am now five books ahead on my Goodreads challenge. Good thing I like to read.

I’ll Push You by Patrick Gray and Justin Skeesuck

The cover states it succinctly: “Two friends. One wheelchair. A journey of 500 miles.”

Friends since birth, Patrick and Justin, share the usual boyhood mischief together, which bind and bond them together through childhood, college, and adulthood. They manage to keep their friendship going despite raising their families thousands of miles apart. Their friendship extends into one another’s families and they share adventures together such as European trips. Justin’s neuromuscular disability does not slow any of them down. In fact, it initiates the greatest adventure: the Camino de Santiago Trail.

This book is beyond inspirational. It’s an amazing story of two friends who experience the beauty of giving and receiving. There is also the unexpected blessings of the generosity of strangers. And throughout the journey Patrick and Justin reflect upon the strength of family and the joy of their friendship, as they face the rugged challenge of their pilgrimage.

A 5 star for not only the amazing adventure these two friends shared, but also for the storytelling itself.

I heard subdued chatter about this one. When it finally came in from the holds list I wondered if I was up for yet another book about a grumpy old guy with an undiscovered heart of gold, and by page 12 I had decided I could not bear to dedicate my reading time to such an incredibly irascible man. Mr Wilson from Dennis the Menace seems a jovial saint in comparison.

But stuck with it I did because I knew old Ove would have to go through a character change. If he didn’t, he would no doubt self-implode from orneriness by page 17.

Much more said and there will be a Spoiler tab on this review.

It’s a 5 star because the epilogue made me sniffle.

Until the Harvest by Sarah Loudin Thomas

Continuing with many of the same characters from the first book, the plot focuses on Henry, Perla and Casewell’s son. Henry struggles with several major decisions and faces them with the help of friends and family. The introduction of Margaret and Mayfair add a satisfying depth of the different aspects of love and faith.

As an aside, I suggest checking out Sarah’s website: http://www.sarahloudinthomas.com. We’ve become “blog pals” and I appreciate her down home Appalachian Thursday feature. Her character-driven plots are filled with insights on the different ways people deal with faith, grace, and forgiveness. 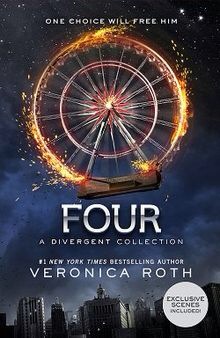 I decided to reread Veronica Roth’s Divergent series, and just like my reread of the Hunger Games, I found myself favoring the first book and being disenchanted with the subsequent sequels.

Four is different, in that the Divergent story is told from his perspective and fills in some needed background that adds more depth to the story. However, once Four’s story intersects with Tris’s it becomes difficult to keep track of the story since there is pondering whether this is a repeat or new material.  Personally, I’d like to see Divergent continue from Four’s perspective, the aftermath of Allegiant. Maybe call the continuation Regiment as a new regime forms.

So, lots more reading than writing in August, and typing left-handed, actually left-thumbed, is more taxing than I thought. I will have a second career in thumb wrestling perhaps after this stint.