This month’s Debatable gets serious about YA. Mike and I are taking on the great debate of which YA series is the most influential YA in terms of overall impact.

Yep, we are throwing down the quodlibet gauntlet and arguing whether the Harry Potter series bests the Hunger Games series. We are going for overall influence, not just books, but movies, social impact, topic genre–everything, everything. We are going big on this one.

As a reminder, here are the ground rules:

Mike, that increasingly prolific writer of children’s books and always popular blogmeister, is my Debatable partner. He has chosen the Harry Potter series:

I am nominating the Hunger Games trilogy: 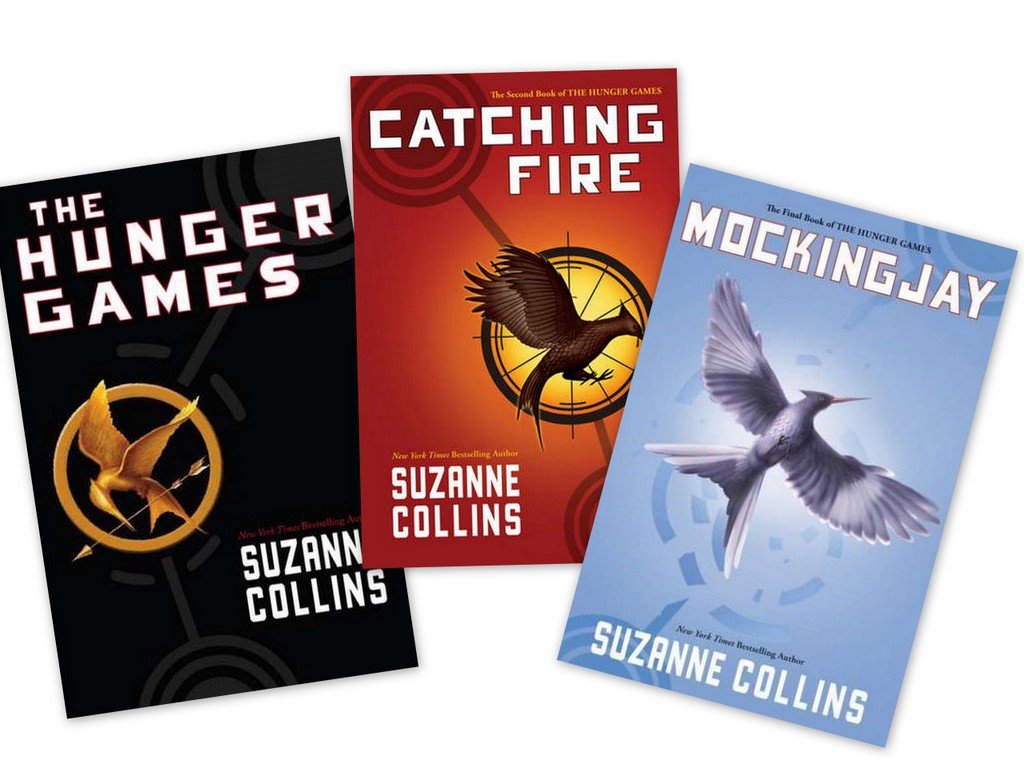 As the month’s host, I defer to Mike to lead out the argument:

Mike’s opener:
Whether you love Harry Potter or are indifferent to Harry Potter, you gotta admit that Harry Potter changed everything we once thought we knew about kid lit. Before that little wizard showed up, young adult and middle grade fiction novels were relegated to the bookstore ghetto, to live and die as a dog-eared paperbacks.

There have been many pre-Harry YA books of great distinction, of course, The Giver, The Outsiders, and about a jillion others that are far superior to anything J.K. Rowling could’ve ever conjured in her Hogwarty mind. But those novels lack a certain magical something that Harry had in spades: Crossover Appeal.

Harry Potter did to literature what Star Wars did to movies, it found an audience with pretty much everyone. And, man, was that audience rabid. Remember the midnight release parties with lines stretching for blocks? Remember how revealing a spoiler was considered a Crime Against Humanity? Publishers sure do, and they have been attempting to recapture that ol’ HP magic, literally and figuratively, ever since.

Once upon a time, the kid lit center of gravity was in picture books. Harry Potter (and its decade-long listing on the New York Times bestseller list) changed that business model. The big money is now is YA and that’s where publisher resources have gone—and will continue to go—for the foreseeable future.

No, I’m not saying that Twilight or Hunger Games or Miss Peregrine wouldn’t have been published if HP didn’t exist. I’m saying that Twilight and Hunger Games are Miss Peregrine enjoy the popularity they have because HP exists. Without that incredibly influential wizard, they would be unfairly slumming with the latter-day Nancy Drews, ignored and overlooked by the masses.

Cricket’s remarks:
Granted, Harry and his school chums initiated a noticeable interest among middle/YA readers; however, Suzanne Collins made a lasting impact with her Hunger Games trilogy that is still evident today, going well beyond readership.

First off, Katniss is a relatable hero. Flawed, no superpowers, yet passionate in her beliefs, placing others before her needs, transfers into the real world.  Several articles on how Katniss is inspirational in her purposeful focus are found on the internet. Hunger Games can be found at the core of curriculums revolving around dystopia and totalitarian governments, sharing time with Antigone and I Am Malala. Wizardry may be entertaining, but standing up for one’s beliefs is riveting, inspiring, and powerful in its ability to influence.

Other aspects of influence include the three-fingered salute from Hunger Games, a gesture that’s become a global symbol of resistance. There is also a  resurgence in archery evidenced by Nerf’s crossbow. Hunger Games ushered in other dystopian-themed books/films such as Divergent and Maze Runner. Tricks are for kids; bad government is reality, and Hunger Games has influenced others to take on the reality of tyranny. Saving friends from foes with magical spells doesn’t work in the real world. Courageously standing up for convictions makes a difference.

Katniss has firmly established that a female hero doesn’t have to be seductive or come from another planet to get things done. Hunger Games also has gender and age appeal–AARP members raved about the series. Even Time noted Katniss Everdeen as an influential character

Admittedly, Harry Potter filled some kind of needed hole in middle/YA  reading needs, yet a boy wizard can’t compare to the lasting influence of a young woman who started out wanting to save her sister and ended up freeing society from injustice.

Mike’s Rebuttal
First things first: Katniss didn’t use a crossbow. Second, the Nerf crossbow was first released in 1995, a full 12 years before the first Hunger Games book came out.

Now to the meat of your argument: Yes, Katniss is a strong, flawed, relatable, femal hero fighting valiantly against a totalitarian government—but she certainly isn’t the defining voice of today’s “Resistance,” as you suggest. (That would be Offred from The Handmaid’s Tale). And influential dystopian-age books for YA existed long before Katniss ever showed up (again, I reference 1993’s The Giver).

Don’t get me wrong, The Hunger Games is a great, exciting read. In fact, I enjoyed THG trilogy more that Harry Potter.

But this Debatables topic is about which book is more influential. In that particular Harry versus Hunger competition, Katniss wouldn’t even make it to the cornucopia.

Thanks, Mike for acknowledging how Hunger Games is a better read-points for my argument of HG’s influence.  I am not interested in reading Harry Potter.

Magic is so unrealistic in solving problems compared to tenacity and fortitude in righting wrongs (you did notice the photo?). And while there have been a few unique female heroes such as Ripley and Sarah O’Connor, they were adults and Katniss is a teen. A brave young woman willing to sacrifice for family, friends, and the greater good is more admirable than a bespectacled kid wizard with a scar.

So–maybe HP influenced kids to read more than they used to–can Harry make the claim he has influenced politics or human rights concerns? Katniss and the Hunger Games series is an influence that  continues to resonate long after HP’s last spell has dithered away.

Alrighty, readers–time to weight in with votes and comments. Which series is more influential in your opinion: Harry Potter or Hunger Games?