The Doctor Is In…Kind Of 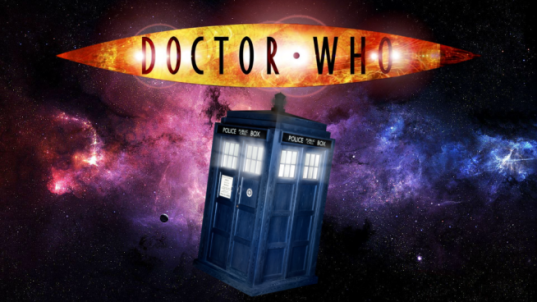 Having discovered Dr Who rather just lately, I’m finding myself binge watching to get caught up. It’s difficult to catch up to a television series that has been around since the sixties. It’s cutting into my book reading, that’s for sure.

What I’m not going to do is a great big discussion on “Whoism,” there is much dedication to Doctor Who, and I am not qualified (actually I’m a bit terrified of offending the fan base).

What I am concerned with is my unmitigated preference for the former doctors. I’m not in the least interested in the new doctor–at all.

He has transgenerated into a woman doctor. The doctor now ponging about the universe is a she instead of a he, and that really bothers me. The issue is not with the new doctor, Jodie Whitaker–don’t know of her at all. I’m more bothered that I’m bothered.

Let’s make something very clear. I applaud capable heroes. Big fan of Captain America. Mostly I like James Bond. Angie’s Lara Croft set a standard. JLaw’s Katniss is so empowering and endearing. And I absolutely cheer the new Wonder Woman.

Notice there really isn’t a pattern. Men and women heroes dashing about saving people, because that’s what they do.

And that’s what I like about The Doctor. It’s been set up since the show started that this peculiar (some Doctors being more peculiar than others) alien preferring human form, is running away from his home planet responsibilities getting in predicaments, getting out of them, saving the universe, saving people. Because that’s what he does. It worked in the prior series. It works very well in the reboot. David Tennant and Peter Capaldi bring a new dimension to Doctoring–smart scripts and dazzling production are mentioned here.

The Doctor is a pattern: idiosyncratic intelligent alien with human characteristics–a guy ranging in age anywhere from 30ish to 60ish. A guy. Oh yeah, he has a sidekick known as a “companion.” These have been mostly women, a couple of times a guy has helped drive the Tardis.

It’s not a gender thing. Really it’s not. I think it’s a pattern thing. I’m used to a Doctor pattern and they changed it up. However, I relished how the Master became a Mistress. Missy brought some dazzle to the frenemy role. Just leave the Doctor as is, thank you.

Think about it. Would it be okay, acceptable, if suddenly James became Jane? “Bond. Jane Bond.” I wouldn’t care for that at all. I am okay with the all female Oceans 11. Nice switch out. Not okay with the change up that’s happened with The Doctor.  So I am running through some self-diagnosis about my Doctor preference..

Am I gender-biased? A traditionalist? Close-minded? Maybe I just know what I like. Okay, I can handle being picky. It’s quirky that I abhor cucumbers yet adore pickles–baby dills, thank you. So, I rally towards male Doctor Whos and instead utter “really?” towards the female Doctor Whos. I didn’t care for Jenna Coleman’s stint as Clara being a Doctor for the nano second she had the part and I think Clara quite capable. I imagine she could parallel park the Tardis when needed. Nope. The Doctor Who I need to save my planet from Daleks and company is an idiosyncratic guy, particularly with a Scottish accent.

Am I alone in my Doctor dilemma? Anyone else in a quandary?

8 thoughts on “The Doctor Is In…Kind Of”